White River Manor is open during lockdown in South Africa

White River Manor is a registered essential service provider and amidst the COVID-19 pandemic continues to offer a world class therapetic programme. We have taken every precaution to maintain the integrity of our environment and screen clients both before and on arrival. Our staff too undergo regular testing and screening to ensure the safety of our clients. 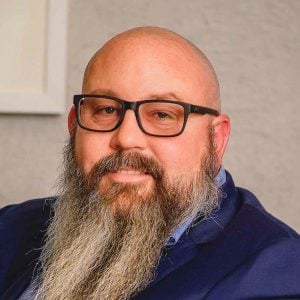 You are here: Home / Team / Jerry Hartless
Contact Us

Jerry Hartless is an American entrepreneur and business leader, with a strong history of public outreach and charitable activities.

Jerry has traveled the world serving the US military and creating businesses. Jerry has worked in several war zones including the Balkans, Iraq, and Afghanistan. He has also worked in many other countries in Africa and the Middle East.

During Jerry’s travels, business ventures, and humanitarian works in Mozambique (starting and funding an orphanage), a nation that borders South Africa, Jerry was exposed to the beauty of South Africa. Jerry was so captivated by South Africa’s beauty that he purchased a personal residence on 600 acres in the Mpumalanga mountains of South Africa. Jerry originally set out to open the luxury rehab on the same acreage of his personal residence. While researching the rehab industry in South Africa, meeting with site planners, developers, and consultants a boutique hotel set in a 100-year old garden along beautiful White River came for sale. Jerry purchased the hotel with his partners, invested additional capital into it for renovations, and transformed it into the five-star luxury rehab known today as White River Manor.

Jerry felt inspired to develop a rehab since he had his own personal recovery experience and success. Being a high paced executive and functioning addict, with the support of family and friends, Jerry checked himself into several luxury and executive rehabs on the west coast of California, USA. Learning the luxury rehab industry through his own personal journey to recovery and doing business with rehab experts and industry leaders, Jerry was confident that White River Manor would be a success in helping executive clients from around the world.

Jerry has made a lasting mark on the nations of Mozambique and South Africa through the means of philanthropy and purpose-driven business. In Mozambique, through his non-profit Bellasnova he feeds, clothes, educates, and provides a future for 80 children daily and over 400 children annually who are totally orphaned or children of single mothers that live in the most severe conditions of poverty on the planet. To sustain his efforts to children in Mozambique he built the company Peixe Bela Vista, which has become the largest poultry and fish company in the nation. His philanthropic and business efforts employ over 100 Mozambicans in the village of Bela Vista, Mozambique.